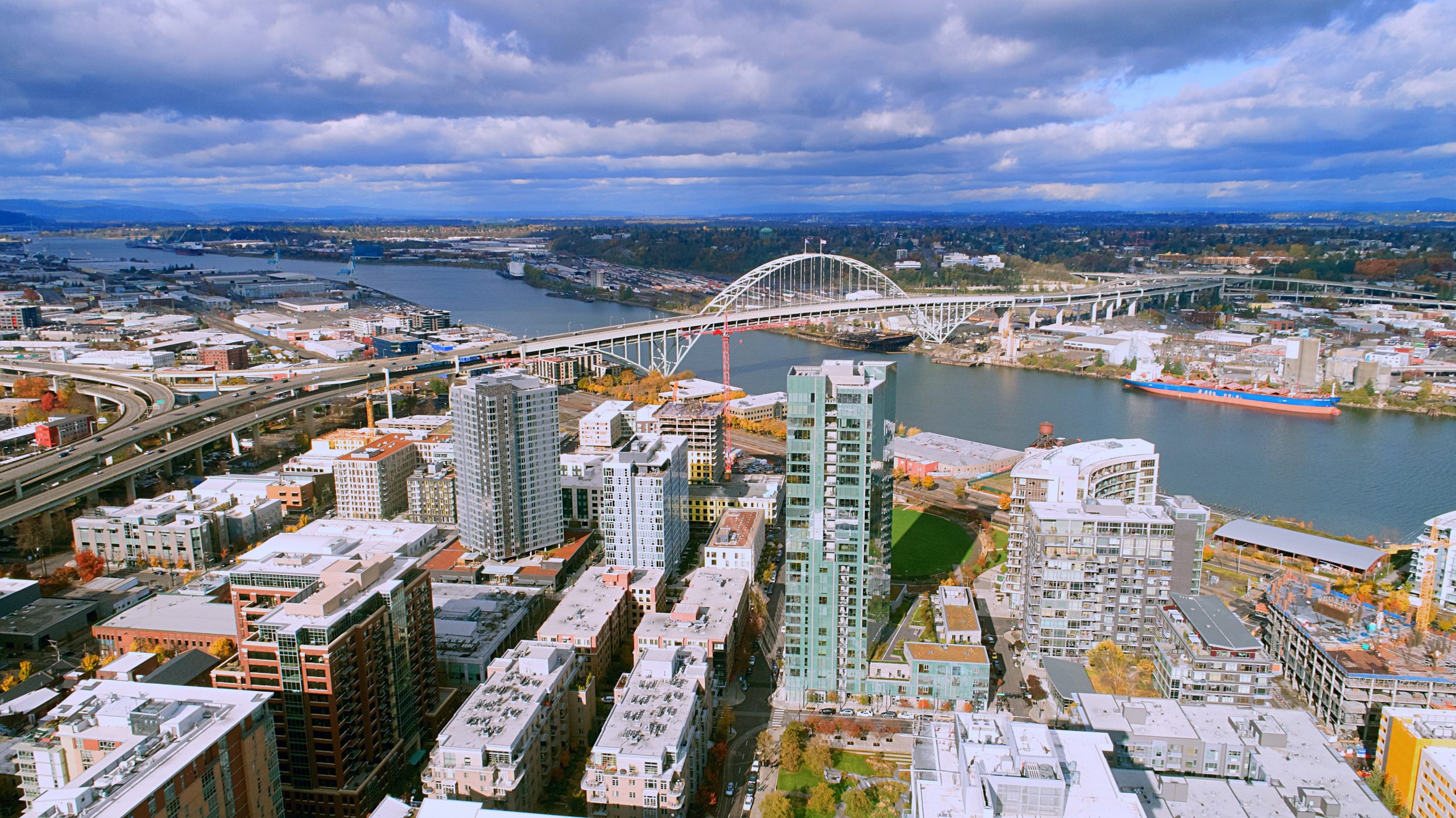 One of the most vibrant cities in the Pacific Northwest, Portland, Oregon, is known for its breathtaking forests. It’s also an artistic haven, with massive murals creating eye-catching colors around the city. The food scene here is one of the best in the U.S., and Portland offers four diverse seasons. It’s also a laid-back, friendly city, even though it’s one of the biggest in the state – which is why many people are moving to Portland!

Of course, no American city is without a few faults and problems, and Portland is no different. If you’re moving here soon, you might be keen to find out the good and the bad. If so, we’ve got that information for you below. The notable pros and cons of moving to Portland are coming right up for your perusal. Read on to find out more before you arrive so that you won’t have any unwanted surprises.

PRO of Moving to Portland, OR: the Outdoors

The Pacific Northwest might be the most beautiful area in the United States, it’s true. It’s an ideal place for folks who love to explore, hike, bike, camp, and spend time outdoors. Indeed, there’s so much to do outdoors here we would need another entire article just to cover it all! Below is an (admittedly) shortlist of some of the best places for outdoor adventures in Portland, including:

CON of Moving to Portland: the Cost of Living

The cost of living in Portland, unfortunately, is not one of its better features. While some cost indices are below the national average, several are well above it. They include housing, transportation, and miscellaneous expenses. That’s left Portland, OR with an overall cost of living index of 131/100, over 30% higher than the American average.

Portland is a relatively young-leaning city, no doubt, and many young professionals call the place home. There are several reasons for this, including a strong job market, a high level of diversity, and low commute time. Portland is also a very artsy city and, some would say, one of the most creative in the country. We’ve already mentioned the fantastic outdoor adventure opportunities here, which attract young folks like bears to honey. In short, there are plenty of reasons why younger folks love Portland and want to make it their home.

CON: Housing Costs in Portland, OR are Very High

We mentioned earlier how Portland’s cost of living is expensive. One of the main reasons is that the housing costs here are nearly double the national average. With a cost index of 182/100, you’ll pay 80% more for the same house in many other American cities. The median home cost here will make your jaw drop, too. It’s $537,000, almost $250,000. above the national average! Housing costs here are one of the biggest cons of the pros and cons of moving to Portland, OR.

If you love delicious, well-prepared food, (and who doesn’t?!), you’re going to love living in Portland, OR! For example, the food truck phenomenon is enormous in Portland. You’ll find a truly astounding variety of food! There’s also Feast Portland, our annual culinary showcase. Our suggestion; do not leave town without slurping down some delicious local oysters!

CON (Depending on Who You Ask): Lots of Rain

If there’s one con about Portland people complain about most, it’s the rain. From January to May and then from October through December, it rains over 50% of the time. Unless you’re a duck, that’s an awful lot of rain to deal with, it’s true. June through September, though, does give you a respite from the wet stuff, thank goodness.

PRO: Summer in Portland, OR is Beautiful

Summertime in Portland, OR, is typically beautiful and comfortable. For example, Best Places gives Portland a comfort index score of 9.4/10, which is almost perfect! While most cities are sweltering, Portland’s high hovers around 81 degrees Fahrenheit. It rains much less too, so you can go outside and take advantage of everything our city offers.

CON of Moving to Portland: the Property Crime

While violent crime is, thankfully, below average, property crime in Portland, OR, is nothing to write home about. It’s 72.3, more than double the national average of 35.4. Motor vehicle theft is one of the worst, with a score of 971.4. (That’s out of every 100,000 residents.) In other words, when it comes to property, you’ll need to keep a close eye on yours in Portland.

CON of Moving to Portland: the Traffic

If you’ve ever read Dante’s Inferno, you have an idea about Portland’s traffic. It’s a daily mess, primarily due to the fact that the city grew too quickly. It’s not on a par with Los Angeles, thank goodness, but it’s still not pretty. By the way, the commute time in Portland is about 26 minutes one-way, almost equal to the national average.

PRO of Moving to Portland, OR: the Job Market

Known as the Silicon Forest because of its tech-industry boom, Portland has many job opportunities available. Many major sportswear brands make their home here, also, including Adidas, Under Armor, Columbia, and Nike. Intel and Daimler are here also, and dozens of other top organizations. That makes for many job opportunities, an attractive perk of living in Portland.

PRO of Moving to Portland: It’s the #1 Beer City

Amazingly, Portland, OR, has 58 breweries and counting! Craft beer is almost a religion here, and Portlanders take it very seriously. They hold their breweries and beers to a high standard, which is great news for beer lovers everywhere! One sip will usually be enough to let you know that you’re in a beer paradise like no other.

CON: SAD is a Real Problem in Portland, OR

SAD, the acronym for Seasonal Affective Disorder, is real and affects many here in Portland. It occurs when there’s not enough sunlight, which, as we’ve seen, is a problem here. From October through as late as May, SAD runs rampant in Portland. (That’s likely why folks here drink so much beer!)

PRO: Biking to Work is Big in Portland, OR

Nearly 8% of working folks in Portland get to work on bicycles, the highest percentage in the U.S.! Portland’s manageable size is the reason and a very well-planned system of bike roads and trails. One caveat; you’ll need good rain gear, so you arrive at work dry and comfortable rather than soaked.

PRO: The Charming Neighborhoods in Portland

This last pro on our list today is one of the best; Portland’s charming, eclectic and colorful neighborhoods. Unlike many other cities where cookie-cutter communities are the norm, Portland has many that weren’t built in massive clusters. You’ll see many from different periods built in various architectural styles. The end result- neighborhoods that overflow with charm and eye-catching appeal.

Portland, Oregon, is an Inviting and Artsy City!

We think you’ll agree; Portland is an inviting and attractive city for many reasons. From the food scene to outdoor adventures and much more, it’s a wonderful place to live and work. If you’re moving here soon, we recommend reserving a Portland, OR storage unit before you arrive. That way, when you do, your movers can deliver directly into your Portland storage unit. The benefit is you’ll have plenty of time to search for a new home. Plus, self-storage in Portland, OR, is typically much cheaper than storage with a moving company.

Where to Find Storage in Portland, Oregon

Check out the latest from the Northwest blog!