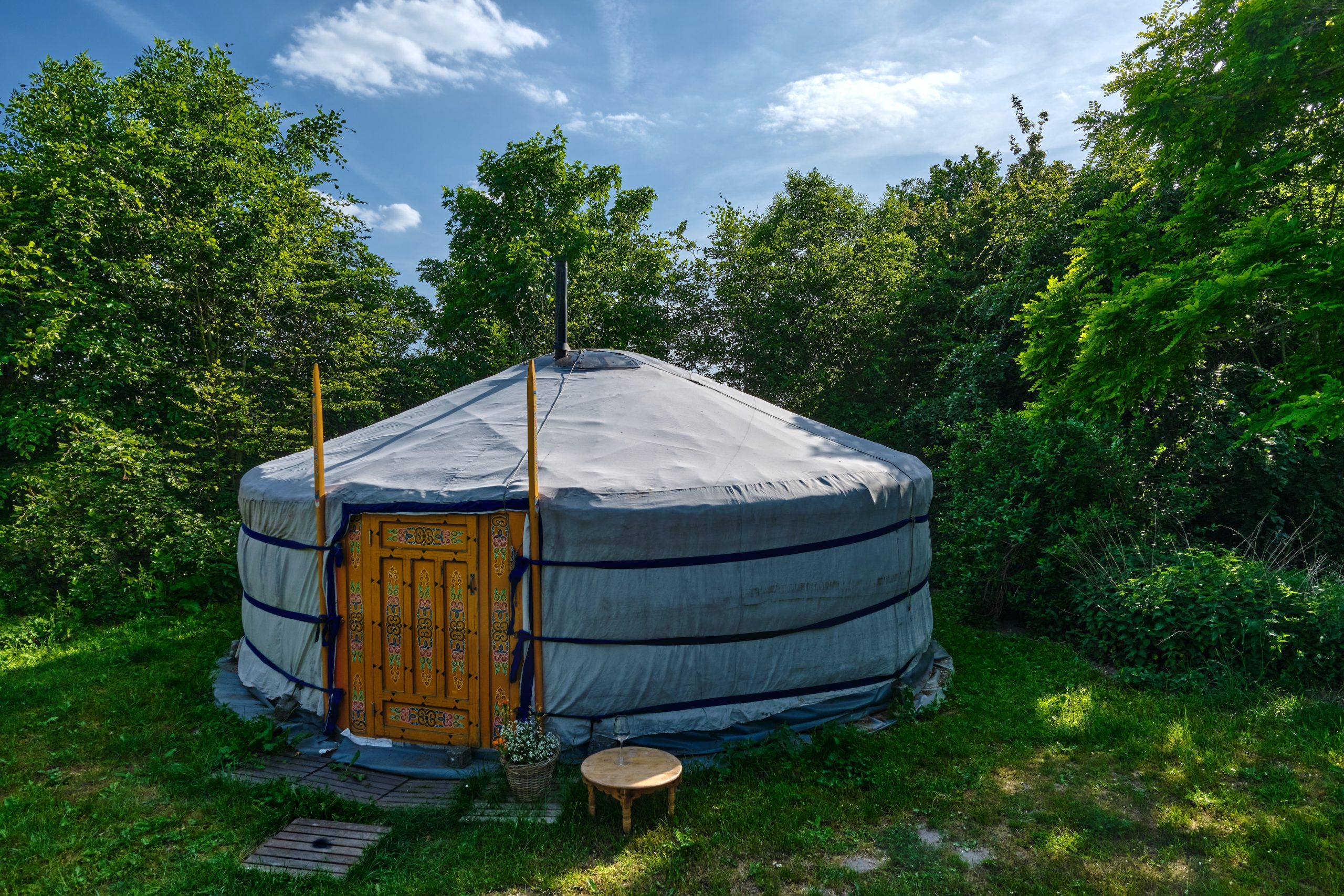 Few states offer more opportunities for yurt camping than Oregon. With over 361 state parks and 11 National Forests, Oregon gives you many choices for camping. The Beaver State also has hundreds of private campgrounds, making this exciting outdoor activity one of its most popular.

One style of camping that’s quite trendy in Oregon right now is with a yurt. If you’re asking yourself, “What the heck is a yurt?” you’re not alone, at least in the U.S. (In Europe and especially Scandinavia, yurts have been around for millennia.) To learn more about yurts, what they are, and how to use them, read on! We’ve got everything you need to know about yurt camping in Oregon below!

What is Yurt Camping in Oregon?

You might be surprised to learn that yurts are early forms of today’s regular camping tents. They were used as a shelter for thousands of years by nomadic tribes in Central Asia. The main reason why? Yurts are easy to assemble and disassemble and easy-ish to transport, also. (Sound familiar, campers?) Indeed, yurts are one of the oldest shelters humans use.

Similar to a tent, a yurt can be set up and ready to use in a short time. Yurts also assemble like a tent, although they have one big difference; yurts are circular. (You won’t find any corners in a yurt.) Yurts were traditionally made from all-natural materials and covered with animal hides. Today, however, there are different alternatives for yurt building materials, many of them lightweight and eco-friendly.

You can sleep in a yurt, of course, but they’re well-suited to daily living, also. For example, you can easily stand and move around in most yurts, even smaller ones. Plus, yurts typically have a stove inside for cooking and, in many cases, electricity too. People also use yurts for semi-permanent camping in Oregon.

One last thing about yurts is that they can vary substantially in size. Small yurts can easily sleep four people (and are easy to transport). Larger yurts can be big enough to have an entire kitchen, plus divided living and sleeping areas. However, these more giant yurts require specialized transportation like a trailer or truck. (They also take substantially longer to set up.)

How Much Does a Yurt Cost for Camping in Oregon?

Depending on the size, a yurt can cost anywhere from $500.00 to upwards of $50,000. The massive price difference is because you can purchase many different yurt sizes with many amenities. The larger the yurt with more amenities, the higher the price.

Do you want a semi-permanent yurt on your Oregon property with all the amenities? If yes, you could easily spend between $20,000 and $50,000. For that, you’ll get a yurt with a full kitchen, living area, bedroom(s), and even a deck outside! For example, if you want a small yurt for weekend camping in Oregon, you’ll likely spend between $500 and $1000.

It all depends on what you plan to do with your yurt and how often you plan to camp. If you only use your yurt occasionally, a smaller, less expensive yurt should do well. If you plan to use it often, a larger yurt with more amenities would be a better choice. Plus, with a bigger yurt, you can invite friends and family to come and join you!

Can You Set Up a Yurt On Your Own?

Many folks would love to camp with a yurt in Oregon. Some, however, aren’t sure if they would be able to set it up and take it down quickly. That’s a good point as larger yurts might be more than a single individual could handle. Indeed, some yurts are big and complicated enough to need a construction team on hand during setup.

However, setting up a small or medium-sized yurt is possible if you’re somewhat handy and like DIY projects. You might need some help from a friend or partner, it’s true. Nevertheless, in most cases, you’ll be able to assemble and then disassemble your yurt with no major hassles.

The Best Places to Camp with a Yurt in Oregon

As we mentioned earlier, Oregon has many fantastic locations to camp with a yurt. It’s on the Pacific coast, for camping near the beach. Oregon also has dense forests and mountains for campers who like those attributes more when camping. There are gorgeous lakes in Oregon, too, for yurt campers who love lake life. Below are some of the most well-known camping areas in Oregon where a yurt would be perfect:

One of the most impressive sights in Oregon, Crater Lake is the deepest in America! Yurt camping here in the fresh air is excellent!

At over 9000 acres, Silver Falls State Park is the biggest in Oregon. It also features spectacular waterfalls, over 24 miles of walking trails, and the breathtaking Trail of 10 Falls. (That’s ten waterfalls, all of them stunning and photo-worthy!)

Yurt Camping in Oregon is Outstanding!

Northwest Self Storage has over 40 self-storage facilities in Beaver State. Chat with us online if you have questions about renting a storage unit in Oregon. Even better, visit the Northwest Self Storage facility in Oregon, nearest your home. The on-site manager can give you excellent advice about which Oregon storage unit works best for you. Until then, we hope you thoroughly enjoy yurt camping in Oregon!

Check out other blogs about life in the PNW.

8 thoughts on “The Best Places for Yurt Camping in Oregon”