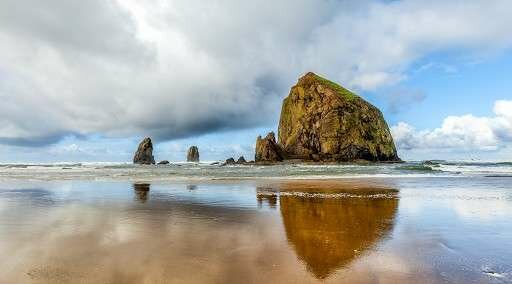 Let’s be real: Almost nothing is better than cuddling in a blanket and watching your favorite movie—especially on a rainy day. But what if you could bring your love of film to life and go visit the places where they were made? Some of the most epic movies of all time were filmed right here in the Pacific Northwest. Whether you’re more of a hopeless romantic or a lover of vampires, we’ve created the ultimate movie lover’s guide to the PNW.

If you’re going to have insomnia, it might as well be in Seattle, right? As one of the best Meg Ryan and Tom Hanks movies of all times, “Sleepless in Seattle” was filmed in—you guessed it—Seattle. Whether your favorite scenes are on the famous houseboat or when Meg Ryan hides in her closet listening to the radio, Seattle is the home to (arguably) one of the best chick flicks of all time. If you really want to take your love affair with the movie to a whole new level, you can actually stalk the houseboat in the Lake Union area of Seattle right next to the Boatworld Marinas. Just don’t tell them we sent you.

“Goonies never say die!” If you were or ‘90s kid, it’s safe to say “The Goonies” gave you new life and a whole lot of laughter. If you feel like taking a nostalgic trip down memory lane and recreating one of your favorite scenes from the movies, Cannon Beach may be the best stop for you. With over 400,000 visitors each year, you can relive your childhood and enjoy the scenery with a few new friends (or a couple hundred thousand).

Following Reese Witherspoon partially barefoot on her journey from Mount Hood National Park to Bridge of the Gods across the Pacific Crest Trail is beyond exhilarating. But what if you could hike that same trail, conquer your demons, and say “I did it” (with shoes on, of course)? If you want to hike the whole trail like Witherspoon’s character in “Wild,” or if you just want to do a portion of it, there are several beautiful points in the trail for you to try.

“Twilight” (Oregon and Washington—but not Forks)

Whether you’re on Team Edward or Team Jacob, we aren’t here to judge. Twihards and Twimoms alike can relive almost all of the epic scenes from the “Twilight” trilogy as they travel across Oregon and Washington. Even though many people assume “Twilight” was actually filmed in Forks, the rest of the PNW gets most of the credit for the beautiful, majestic scenery that made these vampires come to life.

After you’ve fallen in love with your favorite movies all over again, you’ll probably want to move here. After all, “People who truly loved once are far more likely to love again.” (Name that movie.) We’ll be here for you when you do.