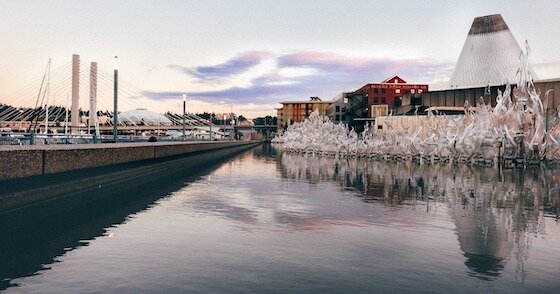 2020 was a landmark year for U.S. migration patterns. Our new work-from-home normal taught us that work can happen practically anywhere as long as you have a decent internet connection. That caused many people to move away from larger cities where costs of living are generally higher to suburban and rural areas. Some Western states like Arizona and Idaho, for example, saw substantial gains in inbound migration.

Maybe you’re in that camp. Maybe you’re not. Maybe you just need a change in scenery. And boy, does the Pacific Northwest offer scenery in spades. If you’re heading up Puget Sound (but not quite as far north as Seattle), here are a few things you need to know before you settle in Tacoma.

… and 5 fun facts about Tacoma

Did you know Mount Rainier was once called “Tacoma” before George Vancouver renamed it after his friend Rear Admiral Peter Rainier? Some linguists believe “Tacoma” is a Lushootseed word meaning “mother of waters” while others think it translates literally to “larger than Mount Baker.” Whatever the origins, the city of Tacoma retained the region’s indigenous heritage by naming itself after the mountain that is, indeed, larger than Mount Baker.

Even though you can’t enjoy everything the Tacoma Dome has to offer right now (e.g., sporting events, trade shows, and concerts), it’s still a wonder to behold. The multi-purpose building is the largest wood-domed arena by volume in the world, and was built using wood from trees that were downed during the 1980 eruption of Mount St. Helens.

Looking for an escape from the city’s hustle and bustle? An oasis of tranquility is right in your backyard. Tacoma’s Point Defiance Park sits on 760 acres, making it the second largest urban park in the country behind New York City’s Central Park. You won’t run out of things to do in the park, either. With a zoo, an aquarium, a rose garden, and plenty of beaches and trails to explore, Point Defiance is a staple for adventurers of all ages. 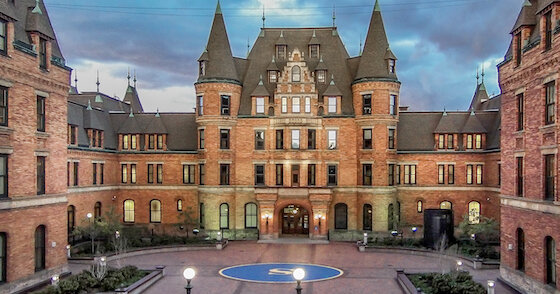 This thing has some history. Originally intended as a hotel, construction on this French chateau-style building halted abruptly during the Panic of 1893. Five years later, it was gutted by a fire. Then, in 1904, the Tacoma School District bought the building and began turning it into a high school. It might look like something out of the wizarding world, but it’s actually straight out of the smash teen hit “10 Things I Hate About You” as many of the movie’s scenes were shot here. 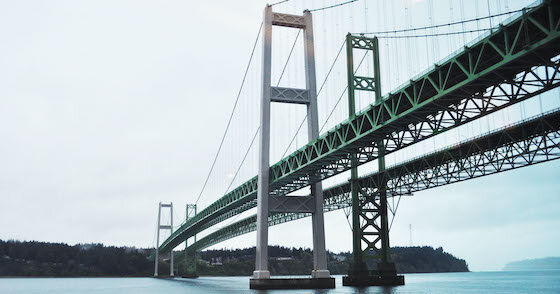 The Tacoma Narrows Bridge is actually a pair of twin suspension bridges connecting Tacoma with the Kitsap Peninsula. The original bridge, nicknamed “Galloping Gertie,” collapsed in 1940 just four months after it was constructed. A replacement westbound bridge opened in 1950, and the eastbound bridge opened in 2007. Let’s all pause to remember Tubby, a three-legged Cocker Spaniel who was (thankfully) the only casualty of the bridge collapse.

Find self storage in Tacoma, Washington

Ready to get your self storage on? Come find us at 10611 18th Ave East in Tacoma or in nearby Spanaway. To make sure we keep you and our staff safe, we’re offering 100% online, contact-free rentals at all Northwest Self Storage locations. It’s easy: Complete your lease and pay online, receive same-day confirmation and instructions on how to access your unit, and start storing. Welcome to Tacoma!

2 thoughts on “Moving to Tacoma, Washington?”