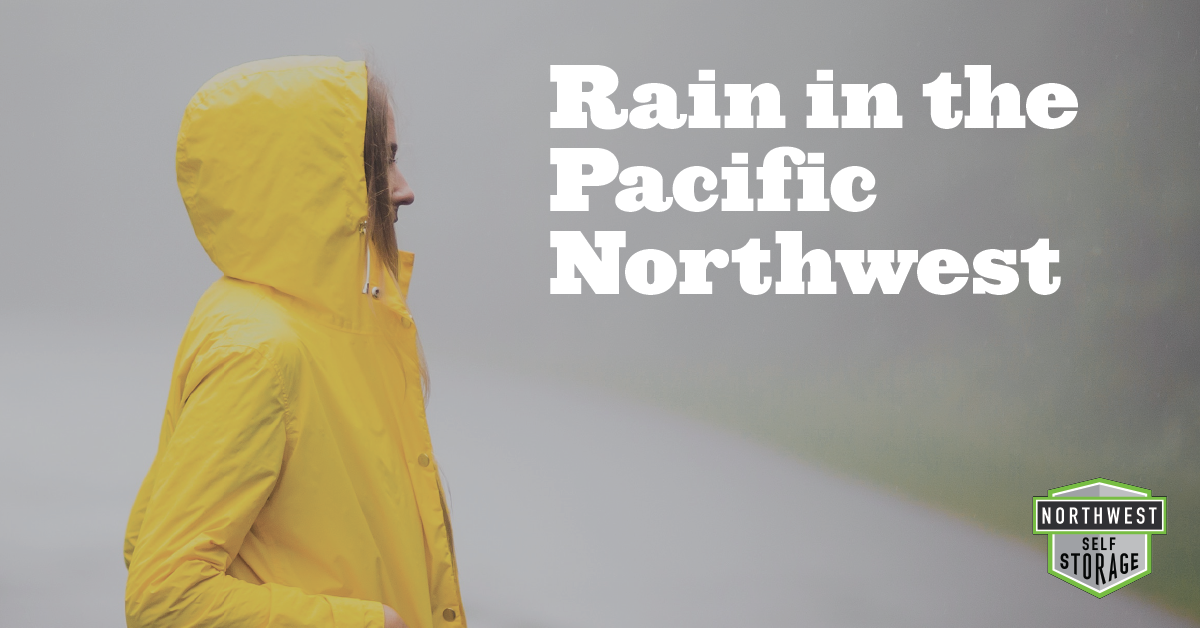 When talking about Portland or Seattle, most people would probably say how much it rains there. Whether it’s a drizzle on your lunch break, the misty wind on a trip to the coast, or the drenching downpours on your hike in the woods, Pacific Northwesterners are well-versed in rain.

But what makes this region we call home so wet? Unique terrain and notorious weather patterns hold the answer. Read more to learn why the PNW is so rainy.

Wet Weather of the Pacific Northwest

Wet weather is scattered throughout the world, but a place you’ll see it more often than others is the Pacific Northwest.

Low pressure systems are one of the main reasons the Pacific Northwest is so wet and rainy. Building in the Gulf of Alaska, these storms barrel right toward Oregon, Washington, and Canada, dumping condensation on the way. We’re also right in the path of the jet stream, a fast-moving air current that circles the earth at a latitude in line with the border of Canada and the United States. This airstream creates a channel for low pressure systems, adding more rain and wind to our region.

The terrain in the PNW is the next key to the puzzle. Moist wind blowing in from the coast hits the Cascade Range, forcing the moisture higher and turning it into thick clouds and dense rainfall further inland. These mountain ranges have elevations that exceed upwards of 10,000 feet.

Whenever storm systems created in the Pacific Ocean come towards the PNW, they eventually run into the mountain range and break apart, creating scattered rain throughout certain areas at times. While Oregon and Washington are known to be wet, rainfall varies greatly depending on the elevations.

The weather in cities like Seattle and Portland are surprisingly different compared to the states they’re within, and sometimes significantly different than the weather of the state that it borders.

All of the terrain to the left of the Cascade range usually gets the majority of the wet weather. The storms that are created and come inland, towards the western side of the mountains, typically don’t find their way through the high elevations of the mountain range. In turn, the storm system will usually break off as it moves towards the eastern half of the PNW. That’s why you’ll notice that most of the land to the east of the Cascades are more dry and desert-like.

Here’s more of a breakdown of the climate differences between not only Seattle and Portland, but how they compare to the yearly averages of Washington and Oregon as well.

The city of Portland sees a yearly average of upwards of 38 inches of rainThe snowfall in the area is significantly low, yielding roughly 3 inches per year on average. There are roughly 144 sunny days each year across all of the Pacific Northwest, and Portland is no different. Like the rest of Oregon,  the Portland area sees a high temperature of about 81 degrees Fahrenheit, which is only a degree shy of the state average of 82 degrees in the month of July.

The state of Oregon sees upwards of 41 inches of rain each year, which is significantly less than Washington’s yearly average of 73, and not too far off from the national average of 38.

Snowfall is roughly the same in Oregon compared to Washington, as the state sees upwards of 13 inches of snow each year compared to Washington’s 17 inches. Oregon sees upwards of 175 sunny days and an average high temperature of 82 degrees as well. Be sure to bundle up during the winter months as  Oregon can see a low temperature of about 31 degrees in the month of January.

The city of Seattle sees 38 inches of rainfall each year, which is nearly half as much rainfall throughout the year compared to Washington state. Seattle sees less snow than Washington, as the city averages roughly 5 inches of snow throughout the entire year. Seattleites can also expect upwards of 152 sunny days a year, whereas the national average is 205 sunny days..

Washington state sees upwards of 73 inches of rain each year, while the US Average is 38 inches. Washington doesn’t see as much snow compared to the rest of the country, though, only averaging about 17 inches compared to the national average of 28 inches of snowfall. Expect  161 sunny days each year, with the warmer days in the high 76 degrees in July. Winter months see averages of about 34 degrees and see those colder days around the month of January.

A few years ago, the Pacific Northwest experienced harsh weather. Winter Storm Maya hit the Seattle area hard in 2017, dumping more snow than the city’s seen in five years. People in Portland also had their fair share of snow, with 2017 having the seventh-coldest winter on record. While snow days and sledding are fun, keeping that winter gear in your home year-round isn’t. With this increased snowfall, melting ice and rain can also result in some unexpected flooding.

Recently, though, the upper left coast has been getting some warmer weather. The recent heat wave that took place this summer didn’t just break records, but instead smashed them in just over a four-day period alone. The all-time heat record was set at 116 degrees on June 28, 2021, which not only exceeded the days that led up to it but also the record of 100 degrees, which Seattle had held for upwards of 126 years!

Life in the Pacific Northwest

If Pacific Northwesterners were fair-weather people, no one would get anything done. Instead, we bundle up in outdoor gear and get outside, rain or shine. With lush green landscapes to enjoy, there’s hiking, kayaking, climbing, skiing, and swimming galore.

Protect Your Belongings Year-Round with Northwest Self Storage

For over 40 years, Northwest Self Storage has served homeowners and businesses across the Pacific Northwest with secure, flexible, and convenient self storage solutions. We’re family-owned and operated and have over 100 properties across Oregon, Washington, and Idaho.

Get 50% off your 3 months with us. Find a storage facility near you and make a fast, online, and contact-free rental today!

2 thoughts on “Why Is the Pacific Northwest So Rainy?”